This component of the Problem of Evil research initiative funded independent research, including fellowships, workshops, conferences and public events, on both the promise and the pitfalls of skeptical theism.

Theists often maintain that God permits the evils we see in the world for the sake of greater goods. But when pressed to say what greater goods might possibly be served by evils like the pain and suffering that follows in the wake of a horrible earthquake or a terrorist’s bomb, theists often come up short. Such evils seem to be absolutely pointless, and contemporary atheists have forcefully argued that the prevalence of apparently pointless evil provides strong evidence against the existence of God.

In response to this challenge, “skeptical theists” express skepticism about our ability to determine whether the evils we encounter really are pointless. Emphasizing human cognitive limitations, they argue that we have no reason to think that we could discern divine purposes in allowing horrendous evils if there were any, and so we have no warrant for believing that such evils do not serve a divine purpose.

In contemporary philosophy of religion, skeptical theism has emerged as a prominent form of response to evidential versions of the argument from evil. However, it is not without its own share of challenges. 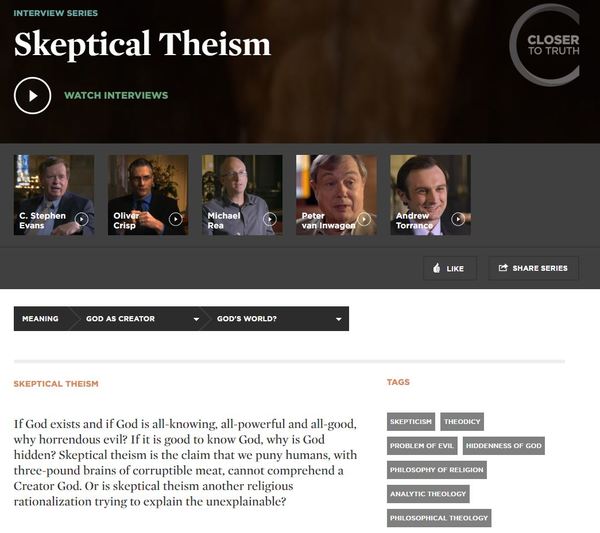